Here’s mine, owned for over 14 years, running around 300hp. Going to keep it despite an order for an Emira being placed.

I thought it was about time we added the VX220 to the list of "other" Lotus cars that we have on here. There's quite a number of Lotus members on here who either currently have, or have come from, the 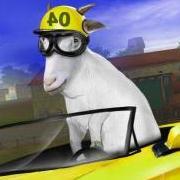 Used to love my vx. Only had it for a year before I decided I had too many cars. Wish I hadn't sold it but it seemed like the right decision at the time.... (Mines the blue one)