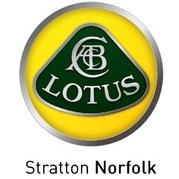 Hmmmm... 1 out of 5 in the time we have had them since being built and not properly advertised doesn't seem that good. LOL. Lets be realistic! The issue we have had with these is that they were n

Hi everyone, Its interesting to see everyone's views on our Stratton GT's and my apologies we haven't been involved in these discussions. We have been going through a shake up on the social medi

Let's look at the cars themselves. Firstly they are unquestionably GTEs from the original 2011/12 batch. As far as I can make out, we now have the following GTEs potentially on the road: 20