Getting 410/430 through trackday noise limits 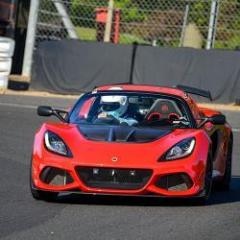 Having just completed my second track day in the 410 at Goodwood yesterday, I thought it was probably time to report back on the mufflers that Maidstone Sports Cars made for me. I bought the Exig