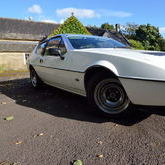 By Clive59, July 3, 2019 in Ride/Handling/Suspension/Brakes/Wheels/Tyres