So I didn't buy it in the end, not because the car was bad but I chickened out at not having a garage and not fancying having to spend time maintaining it on my drive.  (Never goes down well with the

I went to have a look at this Elite the other day.  Does anyone on here know the car?  It seemed pretty sound but I wasn't able to drive it (lack of insurance) so would like some reassurance. Tha 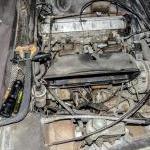