Ah OK, sorry.  It would depreciate your car but then you would have more smiles in the "smile bank"!  However, given that many of the early cars are now approaching 10 years old, 70,80 even 90k miles

Smack the miles on. Magic thing about these is they are sublime to drive. stuff the depreciation - you only need to worry about that if you’ve say bought a 410 and realise you need two more seats 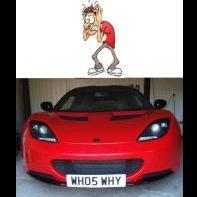 @C8RKH   Smile bank is already at the FSCS compensation limit. 😂 @Barrykearley  You didn't do that did you?  (where in Worcs are you ?) M.