So we have a forum?! 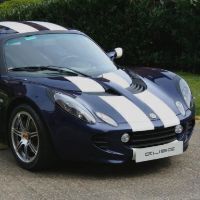 This is why I have 2 toy cars

No chance Sam.   Yes I ordered it direct from Sliplo and will ask McLaren to fit it when the check the car out on arrival. You missed a cool Lotus Club gathering at Lotus Auckland yes

I've just checked and we have about 5,000 people each year from NZ visit TLF. A few more posts in here may well encourage some out of the woodwork to join in themselves I'm not a Porsche fan but