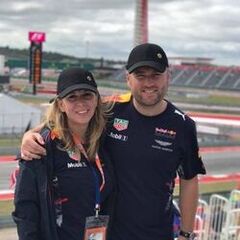 Several years ago whilst on an MSA Classic Car run in Italy, I met a retired GM/Vauxhall exec who was considered to be the father of the VX220 and this is what he told me:-  At the time, he was a

They're about as Lotus as a t-shirt with a Lotus badge on it.

It can be a bit confusing. Pushed to market as a Vauxhall without even a nod towards its slightly more exotic beginnings, yet they used the stereotypical image of a Lotus owner in its advertising camp