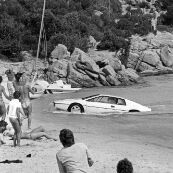 Good show and a nice build, that dash was something else. The charcoal cloth with Tartan was a nice touch and looked really smart. Think I would lose the pin stripe and fit an original mirror but that

Pfffft. I've got my own car SOS going on right here.