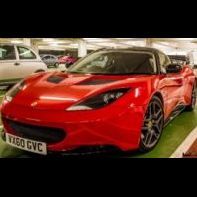 So my son Ryan and I had a full Day at snetterton yesterday and I’m glad to report we made it home in one piece!!  Managed to get there early and use a spare garage, the weather started off very goo

No static noise test this evening, just an 88dB drive by limit, which caused no problems. Evora saved me when I ran out of talent, taking too much speed through Surtees and into McLaren, resulting in

Yes I hope to post up a post trip report on how the day goes, car is all set to go with a full service and all fluids checked, new Michelin PS4’s and new pads, just need to work out go pro fitting, ma