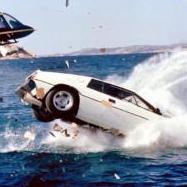 I’m looking at the sprockets from the rear of the engine and can see the ‘IN’ on the LH camshaft (exhaust) and ‘EX’ on the RH camshaft (inlet). wish I took a picture.

I will check tonight when I get home and will also take some pictures.

Thanks Barry! Makes perfect sense, so I can rest easy as looking at mine I can now see they are indeed fitted the correct way round.  Will do more digging and investigation before taking a PO i