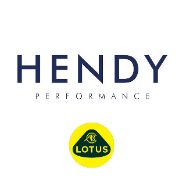 Hi All, We are really pleased to introduce ourselves to you all here at Hendy Lotus Exeter, and look forward to welcoming you in person when restrictions are lifted and as soon as we are able.

Hendy website now shows Exeter as a dealer, been in contact with them and have been told that.. Hi Keith, from next week you can reach out to the team. We have an Elise, Evora and Exige arriving

looks like there is a new dealer to on in Exeter, there are some web pages started, it also looks as if they are taking over in southampton