By CaptainSlow,
October 27 in Evora Chat

So, time to summarize seven years of Evora ownership. We bought the car in March 2014, an ex demonstrator at Lotus Gothenburg. By then it had 5,000 km on the odometer. The car was one of two Evora tha 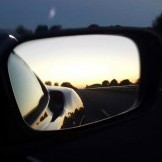 I’m leaving the Lotus family too 😞 Had my Evora 400 from new for the last four years and completely loved it, but as the planet is heading for oblivion I may as well spend all my savings on th

Ah, that’s a shame. You’ve been one of the Evora stalwarts over the past few years.  Dare we ask what you are replacing it with?