By EuropaSman
November 7, 2020 in Spotted

Passed a silver Evora S1 with black pack (reg KS10TUS?) on the bend just after the Hepworth Road traffic lights in Woodville heading towards the Clock Garage. I was in my Leon DD driving the other way

Nice to see another Evora in the neighbourhood  I drive mine sometimes over to Netherseal as I have a work place where I need to attend. 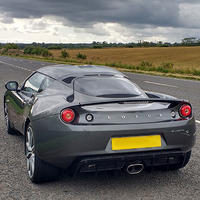 Give Gavin a call at Unit 4 in Burton. He's an ex Lotus / TVR mechanic and has looked after my Lotus for the last 8 years since I moved to the area. He's the dogs danglers and very well regarded in th