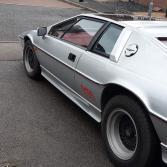 What a coincidence - car cover on as no alternative and I've got these micro blisters on headlamp pods and a few other places - which until this thread, I thought I must have just not noticed.  I Car cover makes it worse, but I have no choice   Foxes chew on my aerial when it is uncovered !