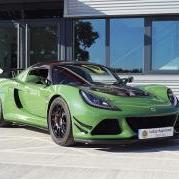 By Davey D,
January 30, 2021 in Interior/Exterior/Lights/Glass/Alarms/ICE/HVAC/Other

Put an amp meter (probes) in serie between the + terminal on the battery and the + lead. Then you can read the current draw in rest. Shouldn't be any higher than a few mA. (like 10 or so). When higher

Ive had the battery out, and on my workbench charging on, and off. The battery charger will push out a bit of voltage for around 1/2hour before it goes into the idle / monitor mode. its now up to 12.2