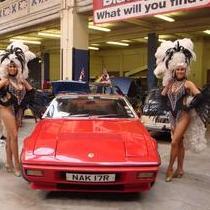 By williamtherebel,
February 13, 2021 in Esprit Chat

Just saw this is for sale by auction on Catawiki. 15 days to go Never seen one offered for sale ever. Located in France. ( I have nothing to to with the car or the auction, --- worse luck!)