If you didn’t get the Evora what else were you considering? - Page 2 - Evora Chat - The Lotus Forums - Official Lotus Community Partner Jump to content
Lotus Merchandise & Parts Sale ×

If you didn’t get the Evora what else were you considering?

Esprit - always wanted one, just worried trans is to weak to properly use car and it’s to old/fragile for daily use elise/exige - worried the car is a bit to hard core for a daily driver, i still

I sold a V8 Vantage to buy my Evora. I don’t regret it for a second. 😉 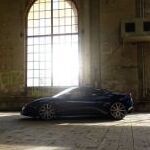 Came from a Esprit SE and always thought a V6 would be the perfect motor for it. Test drove the Evora and frankly it was much better in all aspects, except the look. Sold the Esprit for more than I pa