It's easy to make big power for a short about of time...  Komo-tec have proven that their way of tuning is safe and have a lot of cars out there now with their kits. My car has had the 460 k 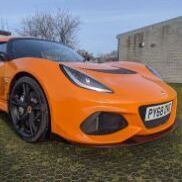 I've always figured about £100 per bhp. Doesn't seem excessive if you consider results rather than perceived work. I reckon an exhaust would cost you more and probably deliver less bhp, thou