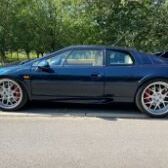 This may not be relevant to others with big brake conversions because its all dependent on the caliper piston sizes but I thought I’d document in case anyone has a similar issue.  My car is fitte

Basic summary on this is that hydraulic advantage ( think fulcrum point in a lever situation ) reflects the area ratio of master-slave cylinders, wherein the smaller the M/C the greater the line press