By Gis,
May 18, 2021 in Interior/Exterior/Lights/Glass/Alarms/ICE/HVAC

Purists look away, this is a restomod. I’ve been struggling with a bouncy speedo needle for some years now. Managed to improve it a bit over time but never managed to fully get rid of it. During that 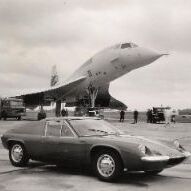 Almost all car speedo cable outers since the 1970's have been nylon lined. I've not cut an Esprit one in two to check, but there is no reason to assume it's unlined. (Motorbike ones are often unlined)

Very neat solution. The Smiths instruments in my Esprit don't bounce around at all, but the VDO ones in my Excel, well that's another matter. I fitted a HUD to get over that issue.