2011 Evora S - Chasing lap times, while not destroying everyday's qualities (too much) 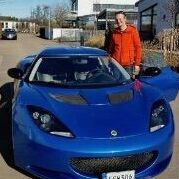 And who am I? Since I have met not even a handful of TLF members IRL and since a lot of personal preferences goes into all the big and small project decisions, I write a few lines about myself.

So, why start modifying the car? I think my top three reasons are: The engine has been out, repaired twice, then replaced. And since I by nature cannot just put things together without im

.. quite satisfying to start the first thread here 😃 I want to start sharing two pictures of what the car looks like today, a picture of my latest modification and then present a) Why I bought an