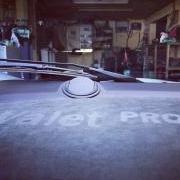 Woww!! All this numbers thrown away and so many people who can't even drive properly and fast 200hp 🙄 Sorry but looking at all this 'big hp upgrades' posts makes me feel like I am on a Nissan tun

The build process for the M139 is pretty epic to watch. I think it might be the engine to consider.