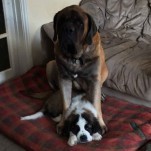 Evening all, very long time no see !!   I thought I was recording this series but it turns out I wasn't and have missed the Esprit !! 🙄 Will have to watch the YouTube recording. Wa

You mean you were green and tartan with envy https://www.express.co.uk/showbiz/tv-radio/1545805/Salvage-Hunters-classic-cars-disagreement-James-Bond-Lotus-Esprit-Paul-Cowland?fbclid=IwAR0RbTPBda