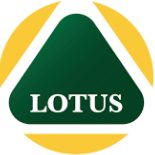 Lotus has had an engine with uprated internals for a while now, at Evora+ Exige production levels and price points they could not make a business case for it.  From my understanding Radford is paying

Why all this talk of bhp,surely the important thing with any lotus is how it drives.

Yeah, that was me 😃 I think they are being VERY reserved with their 0-60 time of 4.5s.  I reckon it will be nearer 4.0 I have this suspicion that Lotus are playing a clever game and the whol