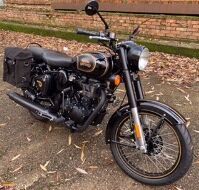 Have I stumbled on a ricer forum where we are looking at big power figures to be the answer to our dreams? Perhaps Emira has done it’s job and appealed to those that don’t love Lotus core values of be

https://www.roadandtrack.com/new-cars/car-technology/a27813866/mercedes-amg-most-powerful-four-cylinder-m139/ Another article on the engine.

That "600hp" Renntech tune is vaporware.  It never came to pass.  And they've had plenty of opportunity since that article in early 2020. You aren't likely to see 500hp on an Emira that isn't a b