Back to the OP & thread title. There is no real competition, or comparison that can be drawn with the Emira (pretty as it is). The GT4 RS is probably the ultimate track, or fast road drivers

Some members like to slate our German rivals but if we are honest they do make some fantastic cars. Lets hope the Emira and the Type 132 and all the future models can finally make inroads to there mar 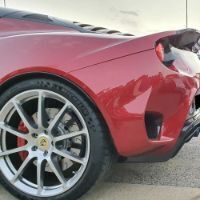 Nah, the Cayman is a better car.  I could have bought a Cayman GT4 instead of my Evora if the salesman wasn't such a tosser and actually let me test drive the thing. 🙄 Anyway, I was going to