By exeterjeep,
May 11 in Lotus / Motoring / Cars Chat 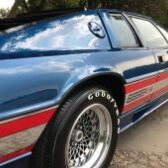 Yes happy to put my input in when I ran the body shop we used this firm to do our paint protection https://www.mintcondition-uk.com/ And for what I remember after painting the car and then puttin

I've seen the result of wrap being removed from a car that had been partially wrapped within a week of being painted, it wasn't pretty.  On the unwrapped panels the paint held up fine over the 2+ year

So how long do people think manufacturers, including Lotus, leave their cars before they apply their protective film on new cars. I'll give you a clue, it's not long! If it where me, I'd be talki