A farmer named Bill was overseeing his herd in a remote mountainous pasture in Scotland when suddenly a brand-new BMW advanced toward him out of a cloud of dust. The driver, a young man in a Brio 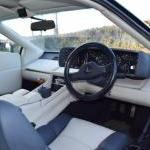 as some of you may know, I have two dogs and over the weeknd, I was buying a large bag of Winalot in Tesco and was standing in the queue at the till. A woman behind me asked if I had a dog.