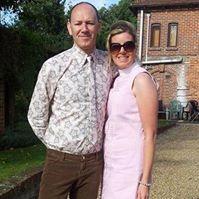 Hate to say it, but it does not seem that Lotus are paying much attention to the people that have bought into the Evora principle. I like many others was so dissapointed that there was not a natural r