By stephan,
September 26, 2010 in Interior/Exterior/Lights/Glass/Alarms/ICE/HVAC

OMG! OMG! I don't believe it! I really don't... These bl**dy switches have been bugging me for so long - two years - that I just had to have another look and thanks to @Giniw for prompting me wit

Thanks to the guys on the Scimitar forum, they gave me some leads to more Renaults of the period and yes, they were widely used on many models. Also thanks once again to @Giniw who has found that they 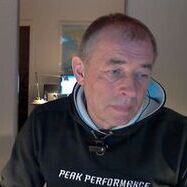