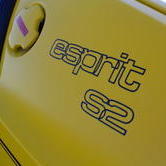 House arrest..... I bet the staff who keep him under house arrest use the local McDonalds for a piss in the middle of the night.