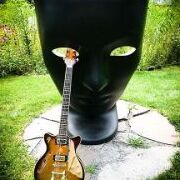 oh no, the death of sports cars. An ex apple person into sports car making... New models every 6 months, and s-model every 6 month, and long ques of female customers with small dogs with plastic diamo

Might just be me but i think the back end looks like a merc slk with the lights took out and some round ones stuck on? The jagged edges on the back dont fit with the curves on the sides? Just my initi