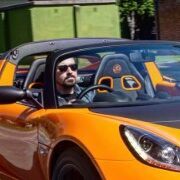 Thought you may be interested in my review of the new Exige Roadster:   http://www.i-piston.com/driven-lotus-exige-roadster/   Feedback, good or bad, is welcome

I don't get why Lotus is always compared to Porsche. To me Porsche is nothing more than a performance brand under the VW umbreller the same as Skoda is the budget brand, the Seat the fashion brand, Au

I love this forum!       I hired a Boxster for my Dad's 65th a few years ago. We drove it to Le Mans, lapped the Bugatti circuit and drove it on every type of road imaginable.   It took everyth