No?     At least the Lotus one is about the car rather than some bods bouncing around the place 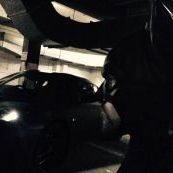 If Lotus wants to be Porsche then it needs to attract newbies who aren't car nuts and who don't necessarily want to talk about all their mods all the time.   I've just bought a Lotus for the first t

The fact that you've pulled that picture from the 'net proves the marketing machine was working (as a marketing machine). The targeting may have been wide of the mark, but the machinations were very e