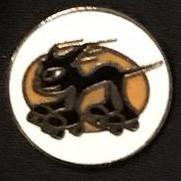 Sorry mate, they're only available for yellow cars.

Ok, that confirms it. They're just for show.