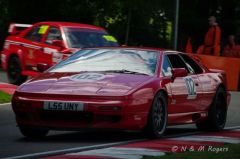 Here's a few quick driveby videos, mindful to keep the car within the speed limit so no more than second gear. But it gives an idea

Thank you Chris!  Love that car - and I'm so glad the Carbon tips just finished off the rear so well.   Fitting of the exhaust is very straight forward. It bolts to the flange on the downpipe/flexy