By Kevin Keable
September 4, 2015 in Gearchange/Gearbox/Clutch 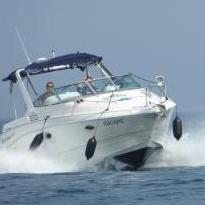