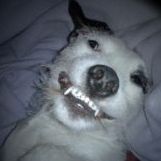 Heh! A day off today. Might as well use this case as a feature/guide to my track systems. Seems that since Brands lowered their noise limit (now 92dbs), it's becoming t

It's arrived, and soooo shiny!

Nice weather today for a silencer change. Really was a sub 1 hour job and was in no rush, I just wished I'd done the Oil pan while the diffuser was off. Certainly less pop/bangs which I loved but it i