no, it looks classy because it's a Lotus eclat.... 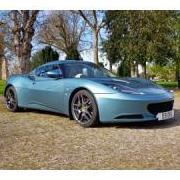 Thanks. Thought I really wanted an Elite so travelled all over the country looking at six or seven that all had 'issues' and that Eclat came up just 10 miles away from me so went to have a look 'just