By alias23,
April 18, 2016 in Interior/Exterior/Lights/Glass/Alarms/ICE/HVAC/Other 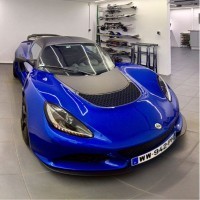 That looks quite neat, does it annoy your passenger at all? I've been looking at extinguishers, and I'm well aware of the limits of dry powder but i think something is better than nothing. Has an