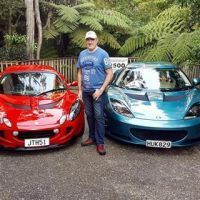 The rain is still hanging around, but I managed to get out today during a dry spell and got a few shots on my phone.

Well here go, a couple of photos I took at the wrap shop before I drove off... Hopefully better photos to come when it stops raining :-)

Well it's fair to say it's been a while.. so much that 'I'm  a newbie' yet a member for 5 years lol. Anyway, I saw my old post and never did load the pics with Wing. They also gave me some side scoops