TransForged Wing Mirror options for the Elise and Exige 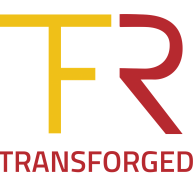 Greetings Everyone,  I'd like to do a brief intro to my company TransForged Racing. Our primary goal is to provide custom designed solutions, whether it be ArtWork or Motorsports. Out o

I picked the car up from Lotus Silverstone today.  It's serviced and now sports a soft-top and TF's wing mirrors.  I'm a very happy boy all round; even the cost wasn't eye watering compared to my prev

Congrats @mcx they look great... Must admit the install looks a ball ache so think I may look for some to do the install for me when I get round to buying these... Would I be ok to get them sprayed be