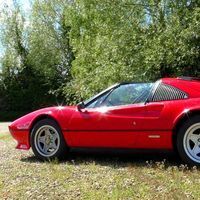 It seems to me that Ferrari have always worked hard to keep a certain image to their cars. Sometimes even as much or possibly even more than their cars. I think there is a reason that Ferrari is

Had the Esprit for a cople of months now and espite a difficult start it has now grown on me massively. Took it out yesterday for a run into surrey and everything about it feels right. It got me to th

Nope Ferrari definitely used Fiat indicator stalks, I have them in my Integrale. Quite a few other bits of Fiat switchgear appeared in Ferraris from the 80's onwards. But so what frankly? I've bo