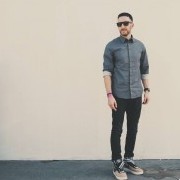 So back in May I ordered the road version of the 2Bular exhaust with the carbon tips (http://www.2bular.co.uk/exige-s-v6/exige-v6-70mm-bore-system) It was between that and the Larini but after a lot

PS: I've got an auto gearbox as well, and it sounds perfect with it ... and autoblips are insane  ! never use it on touring/auto mode, though ...