By Jayone24,
July 13, 2017 in Interior/Exterior/Lights/Glass/Alarms/ICE/HVAC/Other 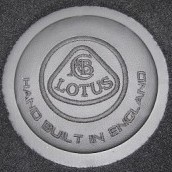 I got round to replacing my cracked 'A' pillar trim over the weekend. I've already posted them on MLOC but I thought I'd share a few photos with you too... I recently discovered a small hairline

As previously mentioned I decided to have another go at my A pillar trim because it had lifted away from the screen towards the top of the windscreen as you should be able to see below:- Wh

@Phil S1 job done! Thanks for the DIY