Reverse gear pops out, have to hold it in. 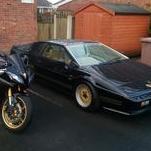 By Rick
October 8, 2017 in Gearchange/Gearbox/Clutch

Before you mess about with the linkage just unscrew the reverse light switch 4 turns and then test it. I'm sure it will be just that. SJ sold a too long threaded one for years and if one of them is fi

I'd say (since the car is new to you) that the best first action is to check the condition of the bushes on the shift linkage.    There are four on the Citroen cars. Starting from the rear..

No synco on reverse for Citroen box.   Try adjusting the cable linkage to give a touch more movement to reverse - e.g 1/2 or 1 turn.   However it can be trial and error as you will be unable to select