S4 low pressure at tickover. Any thoughts on these 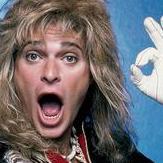 The earlier engines, which are effectively mechanically identical are ok down to 5psi at idle (Lotus data).   These motors have a lot of bearings and a small oil pump.   As others suggest, I wouldn't