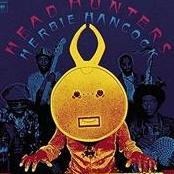 Beginnings of a new fuel tank (stainless). It will be slightly heavier than the original but I figured it was a safer bet than doing it in aluminium.... If anyone wants one making please send me

Getting there Barry! The way I'm looking at is like this... The more I work on the car, the more I learn about/understand it! It will be nice driving around (eventually) with the peace of mind knowing

Treated the old girl to a clay bar and carnauba wax detail today... She rewarded me by going on a 30 mile drive and not actually breaking down - A new record 😂