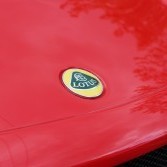 It was rather good. At one point we had 3 Voyager’s and 5 F-35’s flying along together. Bonkers.

Hi, as you may have seen from my intro I have just left HMS Queen Elizabeth after over two years from build to delivery into service. Ask me anything!   Bravo73 they are going to be a mixtur